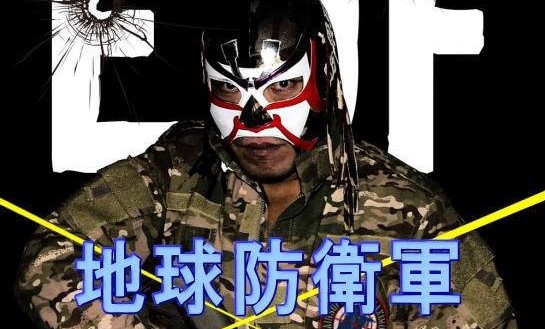 Global defense army opening to the public practice Vol.19 Holding.
(Sponsorship Non profit organization Global defense army)
Sunday, February 24, 2019
By a masked pro wrestler, the one of the former Iwate member of the prefectural assembly
The Great and SASUKE serve as a leader.
Don’t you participate in SABAGE by a star global defense army?
Even a first person can participate casually.
The person who doesn’t have equipment.
It can be rented, so you can participate and enjoy yourself empty-handed.
The game contents are from the game by which an original intention can also restore by how many times.
You enjoy a real survival game.
A survival game?
The biotechnology BB bullet which returns to considered earth is used for ecology and it’s also considered safely.
Like playing golf it’s as gentleman’s sport by a self-declaration system.
It’s in public attention all over the world.
The SABAGE girl who is mainly by an idol in Japan.
Such as being born, I become the topic of conversation.

The holding date and time
February 24 Saturday※ rainy weather cancellation in 2019
A place: Zushi garden fooled
(5-917-1, Numama, Zushi-shi, Kanagawa)
09:0 0 opening of the gate and 0915 dansoku check starting and 1000 Game start
A membership fee of 3500 yen. Each meal self-bringing and rainy weather cancellation
Each, belongings
※ There is a restroom parking lot.
It’s Mt. basis, so the one with a lot of things of preparations is preferred.